The African Nations Championship (CHAN) is a tournament in which the national teams exclusively feature players who ply their trade in the domestic league of their home country. The purpose being to garner more appreciation for domestic leagues in Africa and their players

In 2007, the Confederation of African Football (CAF) officially announced the introduction of CHAN, to be held every two years. Having commenced in 2009, the most recent 6th edition took place in 2020 with Morocco winning the tournament for the second time in a row.

The idea behind CHAN was the need to strengthen the domestic leagues in Africa, which have been overshadowed by the European leagues. When one considers that only 74 out of the 368 players that featured at the 2015 African Cup of Nations were playing for clubs in their home country, the need for CHAN is further appreciated.

The first CHAN tournament was held in 2009. It featured 8 teams (Ivory Coast, Libya, Senegal, Ghana, DR Congo, Tanzania, Zambia and Zimbabwe) and was hosted by Ivory Coast. The Democratic Republic of Congo made history as the first ever winners of CHAN, beating Ghana 2-0 in the final. Interestingly, both teams had been in the same group (Group B) where Ghana had beaten DR Congo 3-0. Hosts Ivory Coast finished at the bottom of Group A with just 1 point after they lost 3-0 to Zambia, 1-0 to Tanzania, before drawing 0-0 with Senegal. 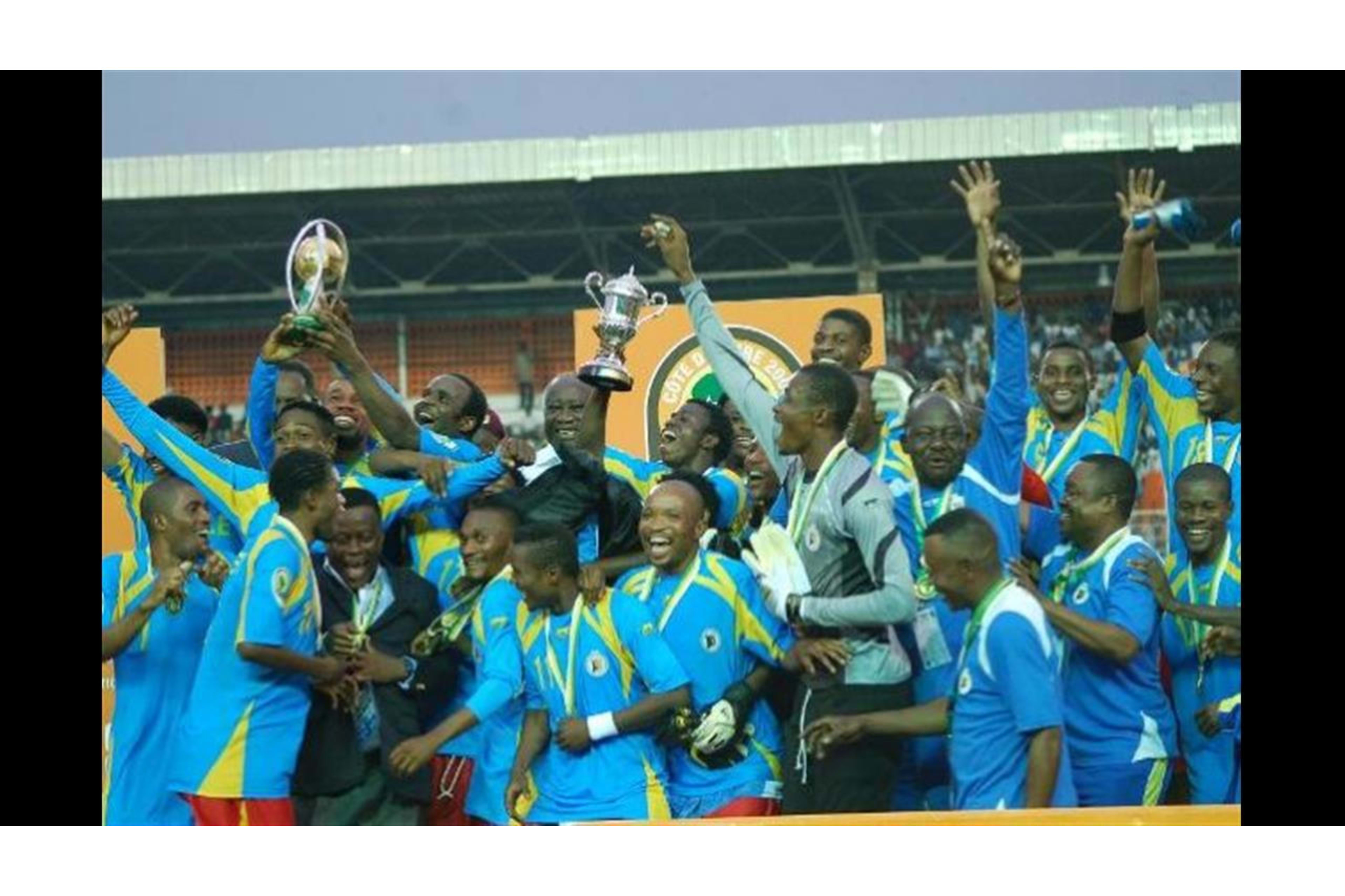 The second edition was expanded from 8 teams to a 16-team format. It was hosted by Sudan in 2011. The hosts finished in third place, while Tunisia beat Angola 3-0 in the final on February 25, 2011 to lift the trophy. The victory was significant for Tunisia as it came in the wake of the Tunisian Revolution, which led to the Arab Spring. Just like the first edition, both finalists had met previously in the group stage, although there was no turn around this time, as Tunisia and Angola had drawn 1-1 in their Group D match.

By the time the third edition of CHAN came around in 2014, the tournament had gained recognition by FIFA and the matches were regarded as games full international matches to be reckoned with in the official FIFA rankings. Although Libya was initially awarded the rights to host the tournament, civil unrest in the country at the time forced a deal to be arranged which saw South Africa host it instead. However, that was not enough to stop Libya on the field of play as their national team dramatically won the tournament, beating Ghana 4-3 on penalties after a goalless encounter. For the third straight time in the tournament history, both finalists had previously met in the group stages and for the second time running, they had previously played out a 1-1 draw in their group match. Nigeria - having failed to qualify for the first two editions - finished third. Meanwhile, hosts South Africa were knocked out in the group stage after many clubs had refused to release key players because the domestic league (the PSL) was still running during the tournament. This made CAF review the tournament regulations with a requirement that the league in the host country would not run simultaneously.

By the fourth edition in 2016, CHAN had already grown a reputation for its socio-political sub-plots after heroics of the Tunisian and Libyan national teams. This edition was a coming-of-age party in sporting context for tournament hosts, Rwanda, who were still rubbing off the scars of the 1994 genocide. They put on a good show, the climax of which saw DR Congo (winners of the inaugural edition) make history again as the first country to win the title for a second time. They beat Mali 3-0 in the final; and for the first time in the history of the tournament, both finalists had not emerged from the same group. Ivory Coast finished in third place.

The 6th Edition played in 2020, saw Morocco win the tournament for the second time in a row after beating Mali 2-0 in the final. This made them the first team in the competition's history to win back to back titles following an emphatic 4-0 win over Nigeria in the 5th edition of the tournament  in 2018. 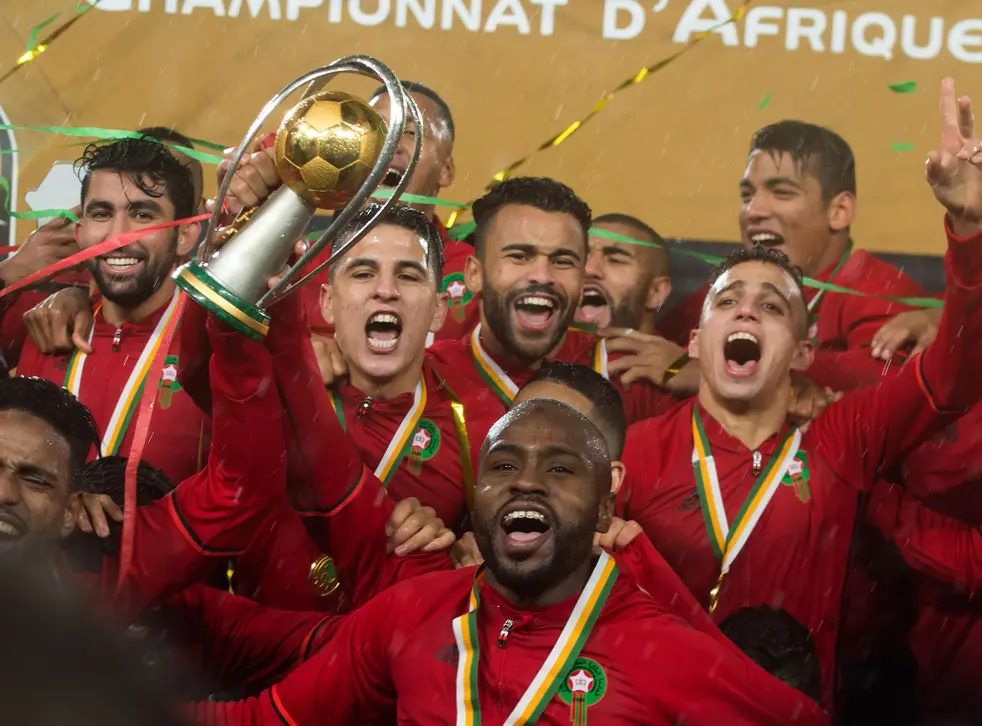 CHAN is peculiar for being a tournament that is exclusive to players who play in the domestic league of their respective home countries. According to CAF, the aim is to give locally-based players an opportunity to shine. In the words of CAF President Issa Hayatou:

"We strive to give to the local African players the possibility to showcase their talents and abilities, but also to bring to a higher level the national championships in Africa, and to boost their importance".

The objectives are two-fold: a platform for local players to showcase their talents and a tool to promote the African domestic leagues. These objectives are apt indeed. Given the dominance of the African media space by European leagues and the constant export of African talent, CHAN does not merely serve to showcase the best local players for export, but it aims to boost the development of the domestic leagues. Players who excel on the CHAN stage return to a higher level of recognition in their respective home countries and fans would be more inclined to watch and follow the exploits of these players in the domestic league. Even though the export of such outstanding players may ultimately be inevitable, the biennial frequency of the tournament means that it will be a continuous sequence.

The Guardian's Nick Ames wrote of CHAN on 15 January 2016, that it is increasingly common for an African player moving abroad not to have appeared in his domestic league at all. A proliferation of academies, notably those based in traditional west African powerhouses such as Ivory Coast, Ghana, Senegal and Nigeria, have replaced the traditional means of development and footballers are often moved on without debuting in leagues that in some cases are contested to near-apathy. This is not simply a reflection of the talent and potential that abounds among young African players, it is actually an indication that African football clubs need to focus on youth development and build viable academies. In Nigeria, for instance, the country's victorious FIFA U-17 teams in the past two editions have not featured players from the academies of clubs competing in the domestic league.

In addition to the benefits for players, clubs and leagues based in Africa, CHAN also holds socio-political benefits for African countries as well. Apart from giving countries the opportunity to host international football events and develop football infrastructure, the benefits are evident in cases such as CHAN 2016, which was significant for hosts Rwanda. After the disharmony that followed their years of civil conflict, the country received wide-spread praise for successfully hosting what many described as a beautiful tournament. In addition, the successes recorded by Tunisia and Libya in past editions were surely of soothing effect given the domestic political turmoil at the time.

Undoubtedly, the African Nations Championship is certainly growing in relevance and success. The tournament not only serves to put our locally-based players in the spotlight, it also promotes healthy competition among the various African leagues. This focus on locally based players and leagues is vital. Whereas the DR Congo national team to the full-option African Cup of Nations which is inundated with foreign-based stars may not rank among favorites for the title, the dominance of their CHAN team (2 titles and 2 quarter-final appearances in 4 editions) is mirrored by the dominance of Congolese football club TP Mazembe in the CAF Champions League since 2009 (3 titles and 2 semi-final appearances in the last 7 editions).

Food for thought: Presently, is there a better way to win bragging rights as the best league in Africa than by winning the CHAN?

What are your thoughts? Let us know in the comments or connect with us on social media.

Gabriel Ajala is the Founder of ASU!

football
THE AFRICAN NATIONS CHAMPIONSHIP (CHAN) – SPOTLIGHT FOR THE DOMESTIC LEAGUES AND PLAYERS The African Nations Championship (CHAN) is a tournament in which the national teams exclusively feature players who ply their trade in the domestic league of their home country. The purpose being to garner more appreciation for domestic leagues in Africa and their players
Read more 1 month ago
africa tradebarriers economics
Brexit: What impact would this have on the African sports market?
Read more 7 months ago
sports manufacturing economics
SPORTS MANUFACTURING AND THE AFRICA CONTINENTAL FREE TRADE AREA: A MECHANISM FOR GROWTH Sports manufacturing activities which involve the production of sporting goods is a whole industry that is waiting to be explored and more so, under the AfCFTA. It is against this backdrop that this article shall seek to explain the role sports manufacturing plays in the economic growth of Africa un
Read more 9 months ago
sports africa talents
How To Plug The Drain Of African Talent From Africa Africa is the 2nd most densely populated continent on the planet with over 1.234billion people in the continent. From its womb, Africa has birthed some great sporting talents such as Zinedine Zidane;
Read more 1 year ago